In the move to a cashless society, a power struggle is playing out between who controls and issues money in an era when corporations and individuals can create currency as easily as governments. At the same time, both central and retail banks now see cryptocurrencies as a threat to their business and economic models.

Pushing back against the tide, the Swedish Riksbank and the IMF are trialing their own cryptocurrencies to explore the use of Central Bank Digital Currency (CBDC). Corporations are also front-footing crypto, JP Morgan has issued an internal USD stablecoin and Facebook is soon launching a stablecoin for remittances and e-commerce.

These government and corporate currencies are centralized and monitored on permissioned blockchains – the antithesis of decentralized permissionless cryptocurrencies – and ‘corporate cryptos’ will be obligated to share transaction data with government agencies to operate in an official capacity.

In such a system a future of digital money with four distinct traits is foreseeable: 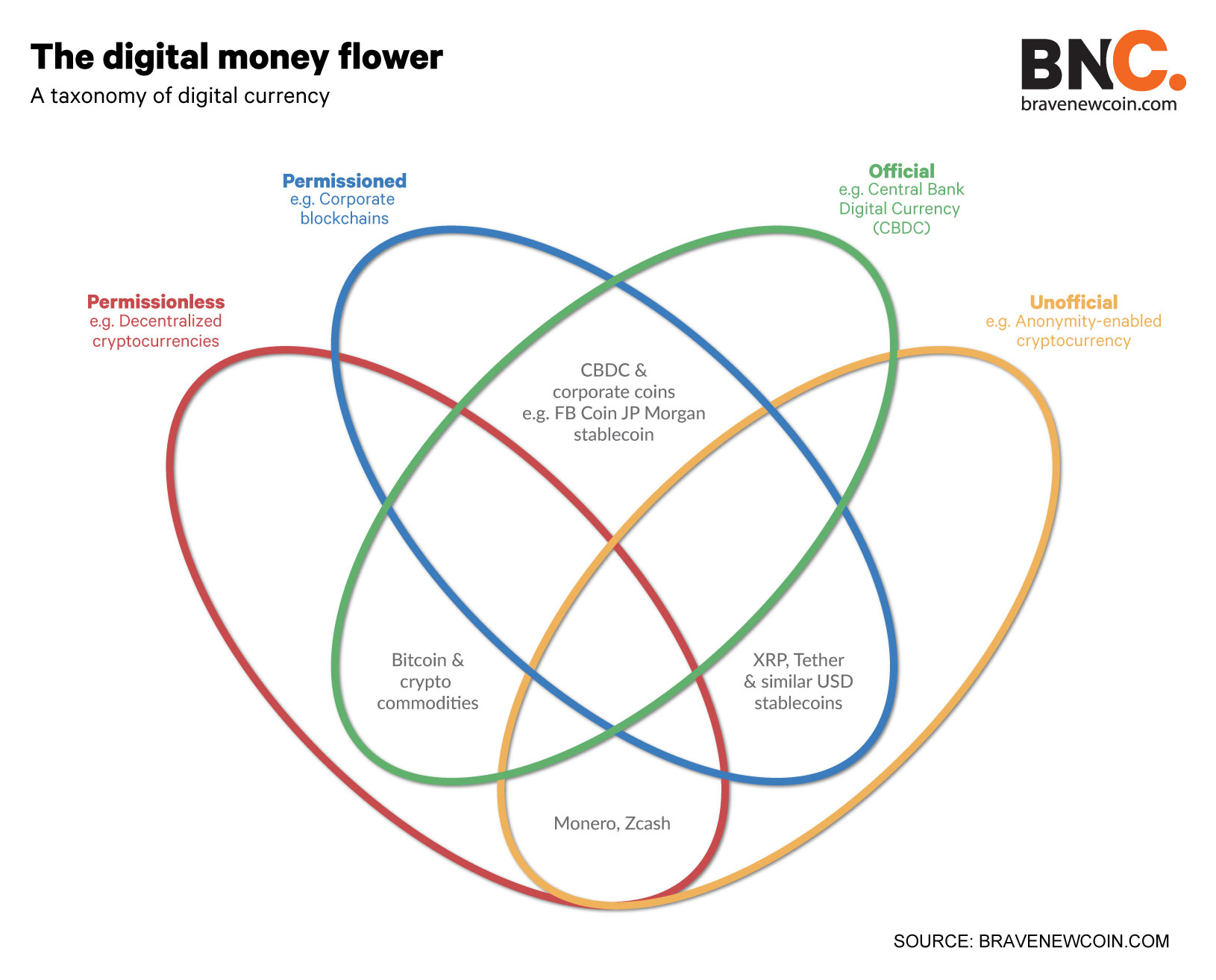 The decade-long absence of significant inflation despite record-low interest rates combined with aging Western demographics has some observers posit the West is heading for a period of secular disinflation similar to Japan in the 90s/00s.

To avoid ‘Japanification’, central banks, the IMF and the WEF have suggested moving interest rates into deeply negative territory (-2 to -4%) during the next recession to stoke inflation, enabled by a CBDC as an extra monetary tool. The growing popularity of ‘radical’ monetary policies such as Modern Monetary Theory (MMT) as an alternative to quantitative easing (QE) during the US Presidential election some observers are concerned the future rate of debt and money supply will accelerate and, as inflation is non-linear, lead to unpredictable inflation.

Demand for digitally scarce assets – in particular Bitcoin and Litecoin – will increase dramatically as the US and others move to extraordinary monetary policies to stoke inflation. We foresee a desire for commodity money, traditionally gold and silver, and also new commodity-backed money.

For those hedging volatility in international trade and politics, digital currencies backed by hard assets or a basket of commodities similar to the IMF’s Special Drawing Rights will become a preferred supranational unit of trade settlement amid escalating trade and currency wars. We expect challengers of USD global reserve status, such as China, to issue similar multi-asset hard and digitally-backed currencies in the near future.

THE END OF CASH: Investing in digital privacy and scarcity as a hedge against negative interest rates and Modern Monetary Theory.